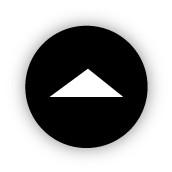 ‹ Back to news page

From 2016 to 2018, Cherokee County announced more than $326 million in capital investment by new and existing industries. And the future looks even more promising according to Kenneth Moon, deputy director of the Cherokee County Development Board.

A $430 million, 21-mile project to widen Interstate 85 from mile marker 77 in Spartanburg County through Cherokee County is expected to make the county even more attractive to economic development. In addition to widening I-85 from four to six lanes, the project also includes the reconstruction of several interchanges and the replacement of a bridge near the Auriga Polymers plant. Several sewer projects are underway throughout the county.

Cherokee County Council also has created a new infrastructure development fund to finance the construction of new roads and water and sewer lines needed to turn prospects into projects. A portion of the county’s new fee-in-lieu agreements will finance the fund.

“I think 20 years from now, we’ll look back and see that (the infrastructure development fund) was the game-changer,” sayas Moon. “Our biggest challenge is infrastructure and the county council is taking steps to alleviate that issue.”

So far, 2019 has been a good year with $125 million in capital investment announced as of the end of July, Moon says.

Milliken broke ground in May on an expansion of its Allen Plant in Blacksburg, the company’s largest specialty chemical plant. The expansion will create dozens of new jobs, from skilled manufacturing positions to research chemists, chemical engineers, marketing and sales. The expanded facility, which is expected to start operation next year, will boost production of a clarifying product used in food storage containers. The company did not announce its capital investment.

Techtronic Industries Co. plans to open a new warehouse and distribution center in the former ADS Logistics Service building in the Meadowcreek Industrial Park in Gaffney. The company, which has corporate headquarters in Anderson, will invest $50 million and create 100 jobs.

When it comes to pitching  Cherokee County, location is the most significant selling point, Moon says. Cherokee County is within an hour’s drive of Charlotte and Greenville and is about 40 minutes from the inland port.

“We’re smack dab in the middle between Greenville and Charlotte, and that’s an amazing place to be,” he says. “We’re a rural county, but we’ve got an interstate, and most of the county is within 30 to 40 minutes of the inland port. We’ve got the best of both worlds.”

It also has what Moon called one of the only lots on Interstate 85 on which a 2 million-square-foot building could fit.

“Time to market is a big deal to companies coming into the county,” he adds.

Like many Upstate counties, workforce is a challenge. Through the KNOW(2) scholarship program, any student who graduates from a Cherokee County high school can attend a two-year STEM program free.

While Cherokee County has a population of 57,000, it draws workers from Spartanburg and Union counties in South Carolina and several counties from North Carolina. About half the employees at Dollar Tree’s distribution center live in North Carolina, Moon says.

‹ Back to news page
The Axis Promise

To always keep the needs of our tenants top of mind as we make sound, strategic decisions in order to build and maintain a positive, impactful, and beautiful environment in which your company and its people may thrive.
Be a part of industrial park evolution.
Arrange a Viewing Today

Tamarack Investments is a privately-held real estate investment company based in Atlanta, GA. Tamarack seeks to acquire, develop and reposition various types of commercial real estate projects in the Southeastern United States that have the potential of delivering superior, risk-adjusted returns to investors.